A virtual journey through historical maps
The exhibition: old maps, new insights
The routes connecting Estonia and Lower Saxony led over the sea, through Scandinavia or along the southern Baltic coast. The exhibition establishes connections between the two partners of “Deutscher Frühling Estland” (German Spring Estonia) with maps of the 16th-19th centuries. These maps give testimony to the geographic curiosity with which past centuries looked to the cultural sphere of the Baltic. They also express the attempt to make distant lands readable and understandable with the help of maps.

Three routes connect Tallinn with the locations of the three state libraries of Lower Saxony. The exhibition, however, does not focus on the different routes but rather on historic maps of the geographic area between Lower Saxony and Estonia. Historic views and maps provide insights into some historic highlights of the regions of Lower Saxony.

On the occasion of the “Deutscher Frühling Estland 2020”, the three state libraries of Lower Saxony have curated this virtual exhibition while the Head Office of the GBV Common Library Network undertook its technical realisation. Since 2019, the three libraries – Landesbibliothek Oldenburg (Regional Library of Oldenburg), Gottfried Wilhelm Leibniz Bibliothek (Hanover) and the Herzog August Bibliothek (Wolfenbüttel) – have been cataloguing and digitizing maps of outstanding historic value from their collections in the joint project “Verteilte Digitale Landesbibliothek“ (Distributed Digital State Library)“, which is funded by the Ministry of Science and Culture of Lower Saxony.
The occasion: Deutscher Frühling Estland
In 2020, Lower Saxony is the official partner state of “Deutscher Frühling Estland”. The “Deutscher Frühling” is an annual event that has been organized by the German embassy and the Goethe-Institut Estonia since 2010. It is the most important cultural festival of a foreign country in Estonia. For the four weeks of the “Deutscher Frühling”, Germany presents itself as a modern, diverse and creative nation of the European Union. Each year, a different federal state cooperates in the festival’s extensive programme. This year’s “Deutscher Frühling” will deepen the friendship between Lower Saxony and the Baltic country. 2020 also marks the festival’s tenth anniversary. On this occasion, Lower Saxony takes the opportunity to reinforce the various connections with Estonia. Highlights from the programme include the opening celebration in Tallinn – with a concert by students of the Hanover University of Music, Drama and Media on 11 March, the symposium “Digitalisierung des Kulturerbes und seine innovative Nutzung” (“Digitizing Cultural Heritage and its Innovative Usage“) of the Leibniz Information Centre for Science and Technology TIB (Hanover), the presentation of the new German-Baltic department of the East Prussian Regional Museum (Lüneburg) and a musical quest for traces of the famous Lower Saxon organ builder Arp Schnittger. The virtual exhibition will turn another page in this diverse cultural exchange: the connection of Lower Saxony and Estonia via historical maps.
Routes to Lower Saxony through historic maps
The distance between Hanover and Tallinn is 1.200km – as the crow flies. The train journey from Wolfenbüttel to Tallinn is 1.700km long and takes the traveller through Warsaw, Vilnius and Riga. It takes 22 hours to drive the 1.957km of roads from Oldenburg to the Estonian capital by car, and flying from Hanover to Tallinn by aeroplane takes four to five hours, including a stopover in Frankfurt or Munich.

Travel was considerably slower in the past. People took coaches and ships from northern Germany to Estonia. Depending on the occasion, the journey led through Scandinavia, along the southern Baltic coast or from Lübeck or Kiel over the sea, with occasional stops in Riga, Stockholm or Stralsund.

Historic maps depict places and towns, the history of countries and the shifting political situation along the way. They also testify to the development of cartography and the knowledge European cartographers and travellers gained about the geography of northern Europe during early modern times. Taken together, the maps open up the geographic space and the routes between Lower Saxony and Estonia.
Previous
Next 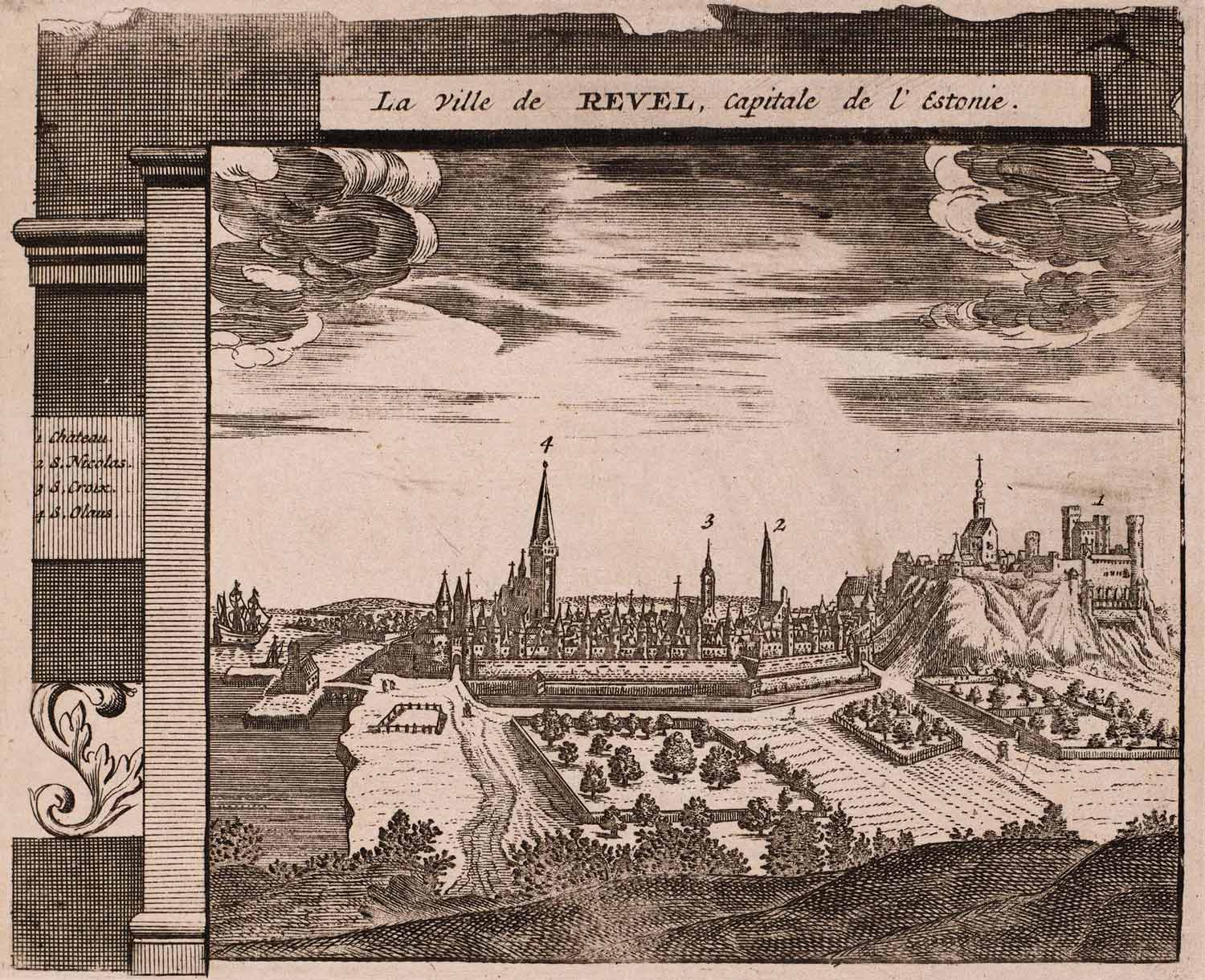 Tallin is the starting point of three routes. Until 1918, the Estonian capital was officially called Reval, and this name appears frequently on old maps. In 1997, Tallinn’s old town was listed as a UNESCO World Heritage Site as an “extraordinarily complete and well-preserved example of a European trading city of the Middle Ages”.

Starting in Tallin, three routes lead through maps of the early modern period. In the North, one travelled through the Scandinavian countries, from the South, one took the route through the European mainland, and the central way led over the Baltic Sea. These routes through the maps are a journey through early modern cartographic knowledge. Individual maps, hand-drawn specimens and atlases reflect the history of the routes over land and sea. Maps are also sources for the study of political history. 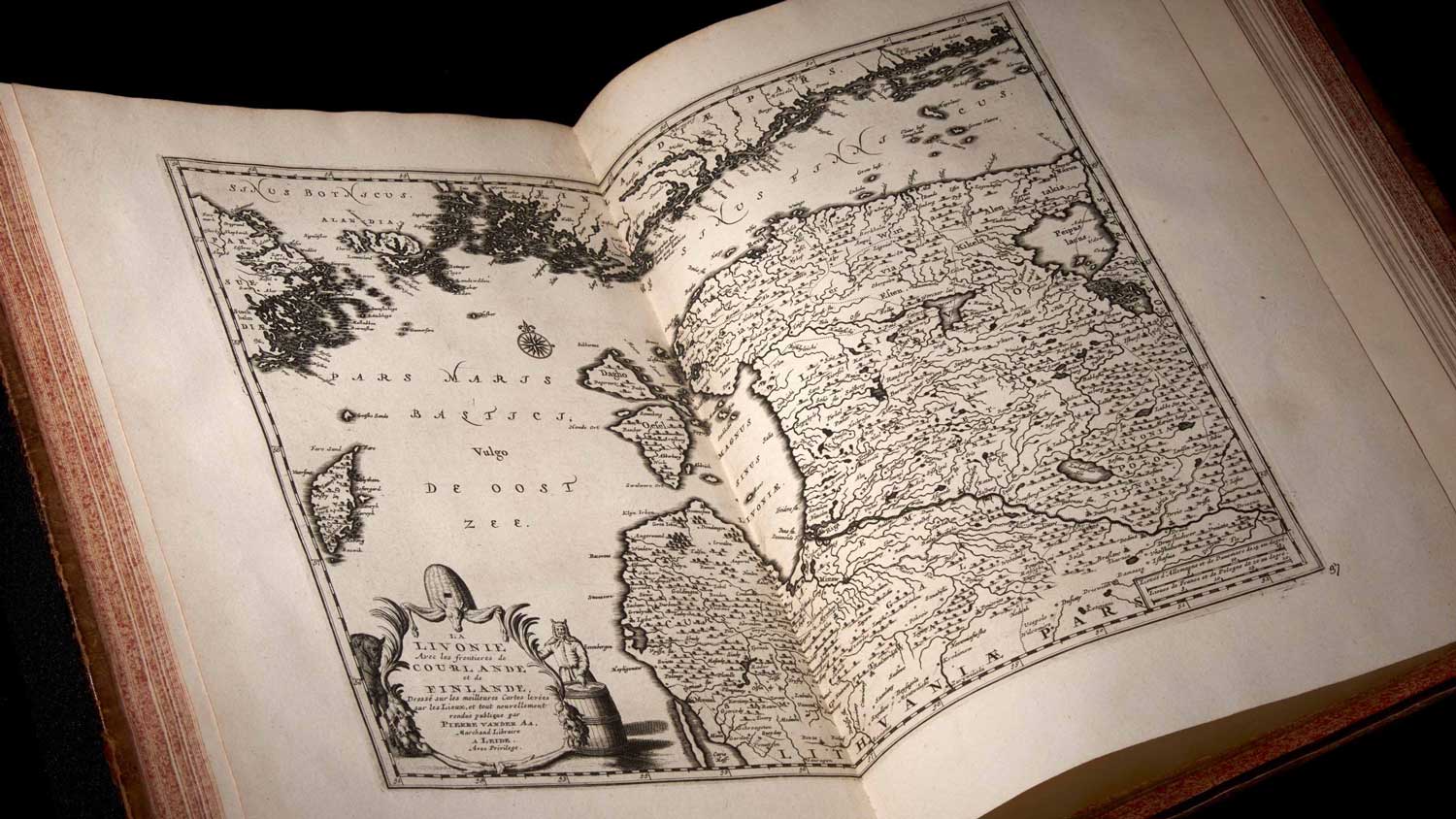 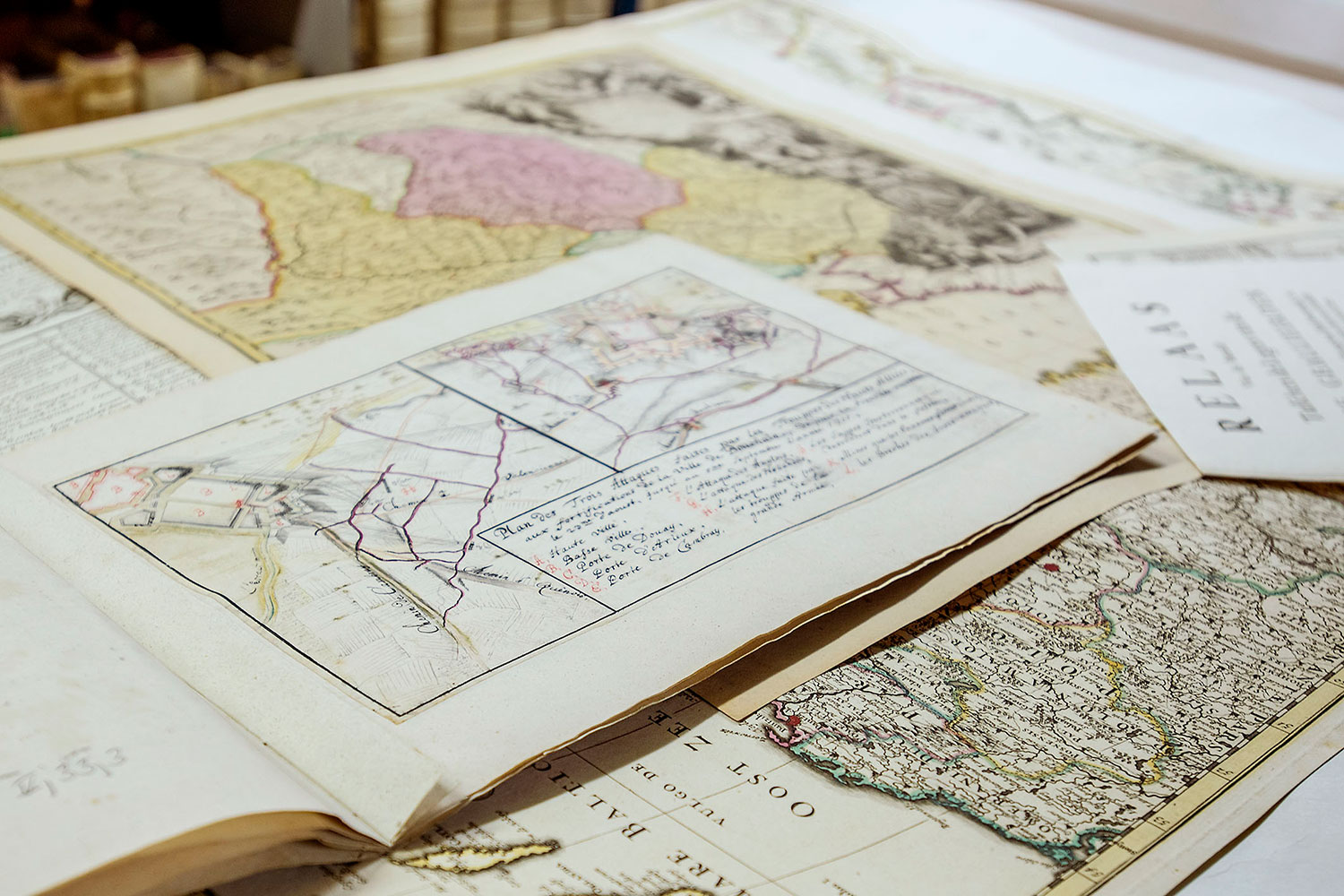 The exhibition shows maps from the collections of the Herzog August Bibliothek, the Regional Library of Oldenburg and the Gottfried Wilhelm Leibniz Bibliothek – Niedersächsische Landesbibliothek. For centuries, these libraries have collected maps of the Baltic and of northern Europe. The maps and atlases originate from princely collections, from military contexts and from private academic libraries.

In 2019, the three regional libraries of Lower Saxony started to catalogue and digitize their maps in a joint project – supported by the state’s Ministry of Science and Culture – which is the first component of the distributed digital regional library initiative. 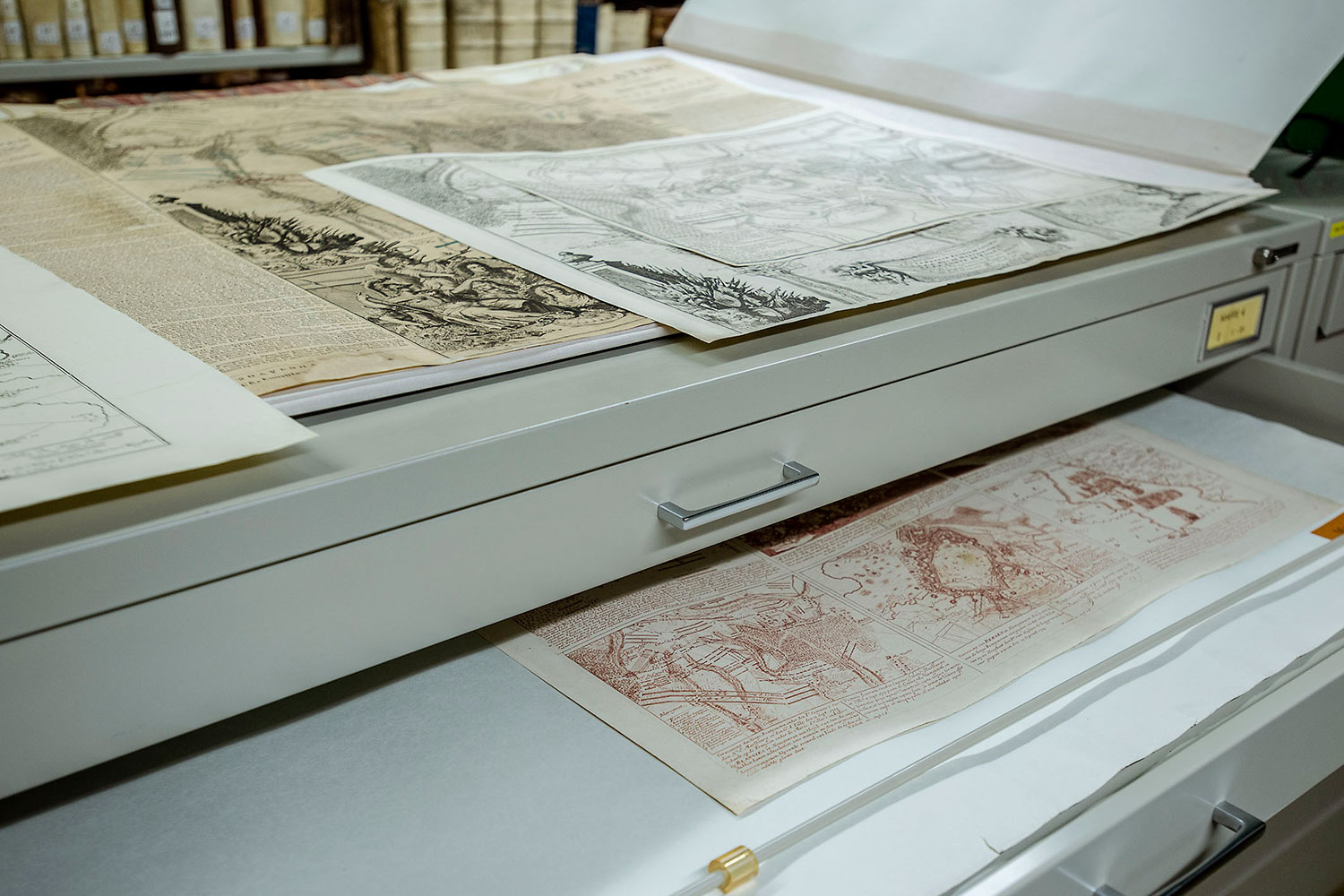 The travel destinationLower Saxony in transition 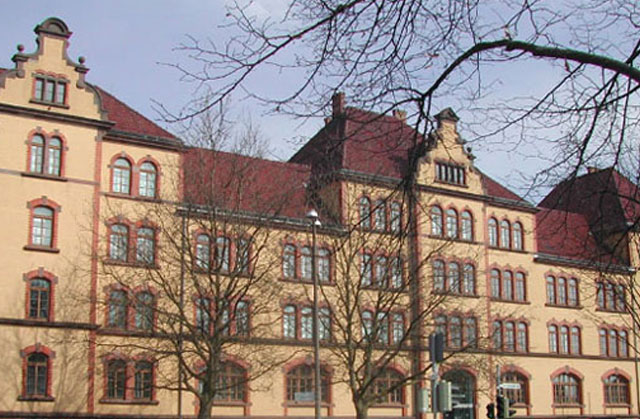 The Regional Library of Oldenburg is one of three historic regional libraries in Lower Saxony. In 1792, Duke Peter Friedrich Ludwig of Oldenburg founded the library as the “Ducal Public Library”. From the beginning, it was open to the duchy’s population – as an educational institution in the spirit of the Enlightenment. Its purpose was to “facilitate the acquisition of useful knowledge and the dissemination of good taste”.  The initial holdings of 22.000 volumes were formed from the excellent scientific and bibliophile collection of Hanoverian civil servant Georg Friedrich Brandes (1719-1791).

Today, the Regional Library of Oldenburg is an academic universal library with a focus on the humanities and the social sciences, with the special responsibility to archive literature from and about the Oldenburg Land. With about 930.000 items in its catalogue, the library provides the people of Oldenburg and the region with current academic literature and serves Oldenburg’s institutions of higher education. Cultural and academic functions as well as the typical responsibilities of a regional library are key elements of the library’s profile.

The historic collections include more than 1.000 manuscripts, 460 incunabula and 142.000 historic prints from the 16th to the 19th century as well as numerous literary estates bequeathed to the library. The illuminated manuscript of the “Sachsenspiegel” from 1336 is the most famous book in the collection. 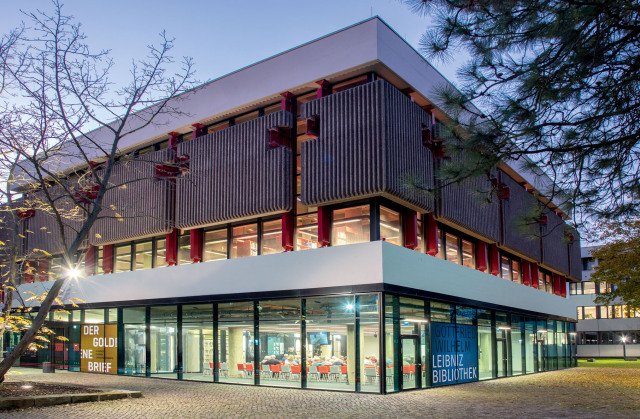 The Gottfried Wilhelm Leibniz Bibliothek in Hanover fulfils the dual functions of a regional and an academic library. As regional library for Lower Saxony and its regions, it benefits from legal deposit legislation for the whole state. Copies of all publications from Lower Saxony must be submitted to the library. The library documents the state’s written heritage, provides academic literature to readers from the city, the region and the whole state and offers study spaces for its users. The library also houses the Akademie für Leseförderung (Academy for Literacy) and is responsible for the training of librarians in Lower Saxony.

The Gottfried Wilhelm Leibniz Bibliothek with its history rooted in the past of the Electorate of Hanover is also a research library with important historic collections. The library has its origin in the collections of Duke Johann Friedrich, who ruled the Principality of Calenberg from 1665. He instituted Gottfried Wilhelm Leibniz as head of his library, one of the most important polymaths of the early Age of Enlightenment. Leibniz’ literary estate is one of the most prominent parts of the library’s collections. In 2007, his correspondence was listed on UNESCO’s Memory of the World register. In 2017, the same honour was bestowed on the Golden Letter of King Alaungpaya, which the King of Burma sent to King George II of Great Britain. 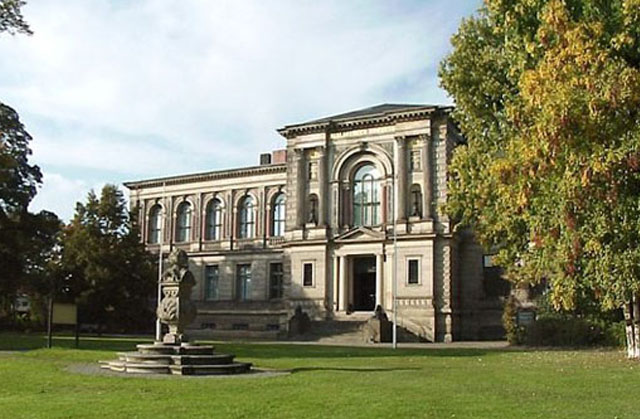 As one of the oldest completely preserved libraries of the world, the Herzog August Bibliothek is also an independent research institute for the study of European cultural history in the medieval and early modern period. The library’s historic collections constitute an archive of Western culture that is without equal in terms of its scope.

Founded by Duke Julius of Brunswick-Lüneburg in 1572, the library had the largest collection thanks to the systematic efforts of Duke Augustus the Younger (1579-1666), who contributed 135.000 precious manuscripts and printed books to the holdings. Some even saw the library as a wonder of the world. In addition to the collection of manuscripts – unique for northern Germany – with the Gospels of Henry the Lion and one of the most splendid illuminated copies of the Sachsenspiegel, the library holds extensive special collections and deposits, among them valuable specimens of the bookmaker’s art from the time of incunabula to the 20th century.

Since 1989, the Herzog August Bibliothek has been immediately subordinate to the Ministry of Science and Culture of Lower Saxony. Peter Burschel is the director of the library, which has a very good reputation on a national level and internationally as a collection, an innovative library and a research institute. Its guests and readers benefit from an extensive and divers academic and cultural programme.